You are here: Home / Archives for digital marketing

Keeping up on what’s being said about a company or brand can be difficult with so many different channels. It’s even more challenging when people expect real-time responses via social media to problems and issues. A lack of response when there’s a problem can be more harmful than the problem. Social Mention makes it easy to monitor, not only what’s being said, but also who is saying and what the general sentiment is towards the company or brand.
END_OF_DOCUMENT_TOKEN_TO_BE_REPLACED

Klout recently added Facebook into its influence measurement (which previously was looking mostly at Twitter). Even after recalculating my Klout score from time to time, it didn’t move from my initial score until I added in my Facebook profile. The Facebook integration still doesn’t look at any fan pages (just your profile), but does provide some useful information. After my previous review, my complaint about Klout using only bit.ly’s data for clicks on links is still an issue — if you don’t happen to use bit.ly to shorten your links, Klout has no data about them, and this may negatively affect your influence score. Let’s look at what information the Facebook integration has added….
END_OF_DOCUMENT_TOKEN_TO_BE_REPLACED 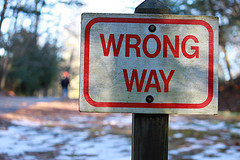 Social networking (using the social web) is about connecting with people — asking questions, having conversations — basically the same things you would do if you were talking in-person.  Yet many companies still treat social media like traditional media — as a way to distribute marketing and advertising messages.  While social media does provide a cost-effective way to reach a targeted audience for marketing, the real opportunity is in making personal and human connections with that audience.  Here are some of the most commonly repeated mistakes I see when it comes to social networking and using the social web:
END_OF_DOCUMENT_TOKEN_TO_BE_REPLACED 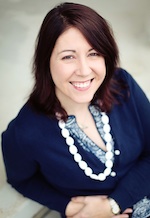